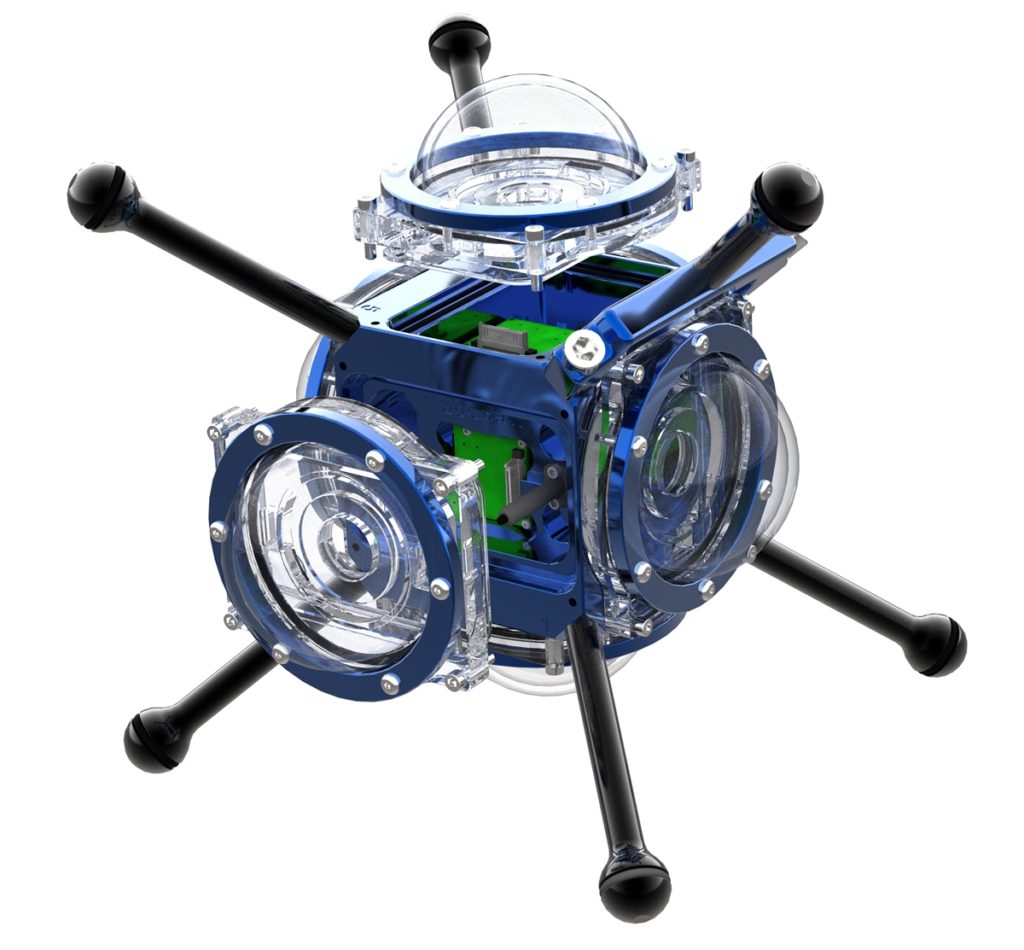 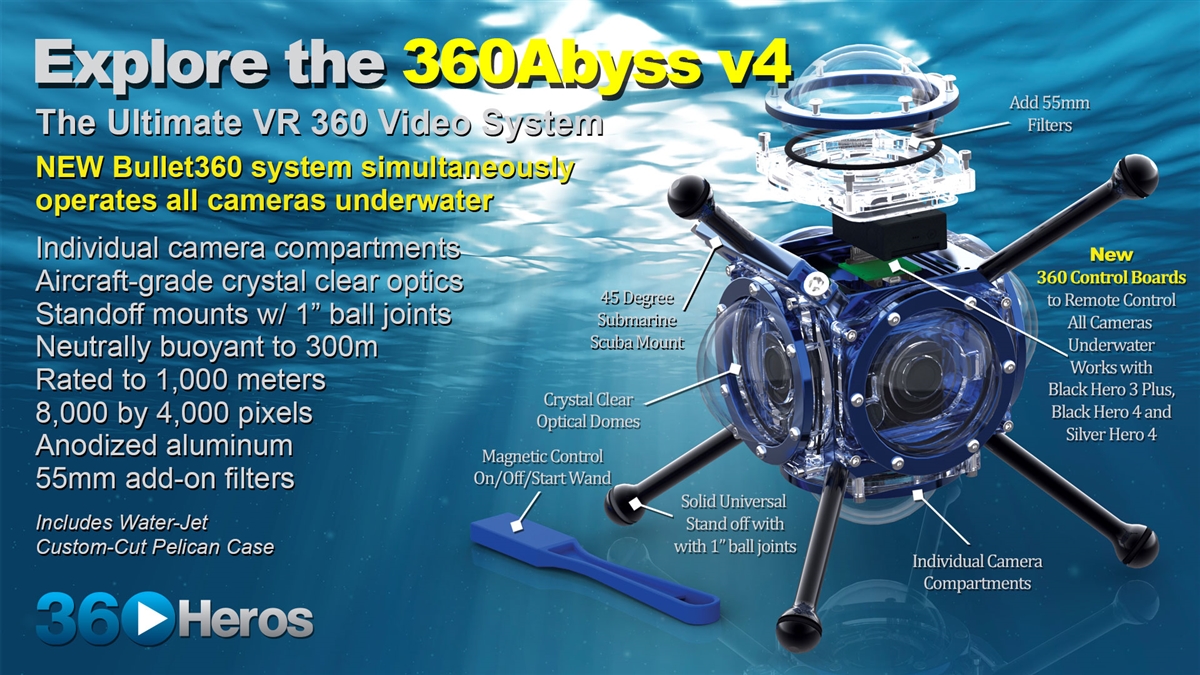 The 360Abyss™ v4 is a professional underwater 360 video camera system. With an output resolution of 8K (8,000 x 4,000 pixels) and a 1,000-meter crush depth rating, (suggest a 30% buffer for safety) it is the industry leading solution for filming spherical content underwater.
360RIZE patented underwater camera systems are trusted by the U.S. Navy, NOAA, TIME Magazine, conservationists and award-winning cinematographers for capturing spherical content underwater. Over the course of the past 3 years, 360RIZE underwater spherical video technology has helped hundreds of filmmakers, oceanographers and educators document and share our planet’s aquatic environments.
The 360Abyss™ v4 positions six GoPro™ HERO3, HERO3+, or HERO4 cameras in a spherical orientation to capture fully spherical 360 x 180 degree 360 video content. The individual videos from each camera can then be stitched together using post production software to create 360° videos.

Want to hire this item from Waterproof Media?

Enter your details below